If you're new here, you may want to subscribe to my RSS feed. Thanks for visiting!

I was never a fan of the short story, which is weird because Shirley Jackson’s The Lottery is one of the coolest stories I’ve ever read. But recently, I’ve been inspired to write some of my own. Some Holiday Cheer is part of an anthology of micro fiction—Forgotten Tomb Press’ 100 Doors to Madness. It’s based on an urban legend I once heard about (some of the ingredients have been tweaked).

100 Doors to Madness is available in both paperback and e versions from Amazon.

Si or No? has finally arrived! It’s the first short story I ever wrote and I’m so proud of it. I especially love how all the puzzle pieces of inspiration for it came together (I’m always amazed at anything I write!). A big thank you goes out to Matthew Martinez, Nataly Ruiz and Daniel Valencia for helping me with the Spanish dialogue, and of course, to my sweet British editor, Paul Fry, for creating such a beautiful magazine.

I’m dedicating this story to my amazing, lifelong friend, Christine Huff—whose crazy antics/life adventures have made it into my stories more than once. Christine, the light in your eyes shines brighter than any star or ember ever could, and if diamonds could dance, your eyes would be 12-carat disco balls!!!! I love you babe! xoxo

Si or No? is part of issue #1 of Beware the Dark Magazine (which also includes a short story by one of my favorite authors, Jack Ketchum!). You can find it on Amazon, Barnes&Noble or Short, Scary Tales Publications.

My short story, Straight Dick, is part of the Homeboys: Gay Urban Erotica anthology from Cleis Press. This story was inspired by the depraved sexual proclivities of a close friend of mine. I was shocked at what I learned and knew it would make a great story. Writing it was also a purging exercise in my disgust and bitterness towards a (seemingly large) segment of the gay community’s sexual practices—how extreme and pathetic they can debase themselves just to get a nut. So, while the story ended up in an anthology of erotica, I didn’t write it with the intention of turning anyone on!

The paperback version isn’t available yet, but the Kindle version is—plus, there’s an audio version available! 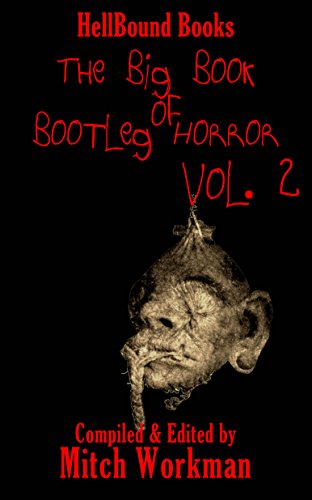 My short story, Scorned, is part of the Big Book of Bootleg Horror: Volume 2. You can find it on Amazon.